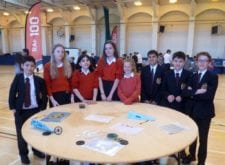 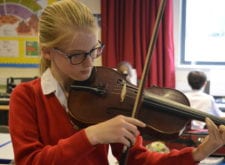 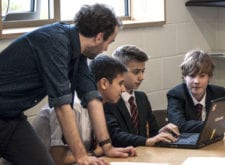 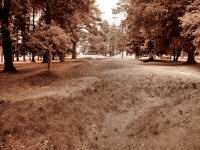 Our aim in History at Dame Alice Owens is to excite and enthuse students into the subject, as well as developing their historical skills to help them to make sense of the past. We do this through the topics that are studied and the variety of teaching and learning techniques applied in the classroom. We like students to take an active part in their learning and encourage them to show their understanding in variety of ways, such as research projects, making films, historical re-enactments, magazines and of course writing essays to enhance their analytical reasoning. 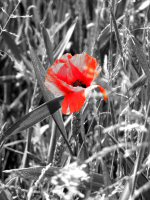 From Years 7 to 9, we cover a broad span of history from the Roman Empire through to the dropping of the atomic bomb on Hiroshima in 1945.

Students have the opportunity to look at the conquest of England from 1066, the power struggles and rivalry of the Tudors and Stuarts, the barbarism of the Transatlantic Slave Trade, the horrors of World War One and the rise of dictatorship in the interwar period. 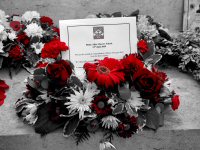 At GCSE, we have a new course with a broad scope from the rise of Communism to Stalin’s brutal regime in USSR, the Nuclear Arms Race between the Superpowers after World War Two culminating in the Cuban Missile Crisis, Star Wars  and the eventual collapse of Communism. The new GCSE now encompasses Early Elizabethan England and the
changing nature of Crime and Punishment in Britain with a focus on Whitechapel in the late 19th Century.

For A-Level, the students study some major concepts including democracy, nationalism, fascism and Nazism. During Year 12 their focus is on how Italy came to be unified. Students also look at the dynamics which helped to move Britain closer towards democracy in the 19th Century in addition to growing socio-economic discontent protest and reform. At A2 Level, students study Germany from 1871 to 1990 including the rise of Hitler and the Nazi State. For coursework students are now allowed to choose a topic of their choice to investigate ranging from the Mongol Empire to Irish nationalism to Ancient Athens.