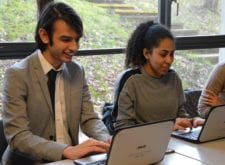 The Religious Studies Department delivers a curriculum focussed on the impact and importance of the six main world religions practiced today in the UK and throughout the world e.g. Buddhism, Christianity, Islam and Judaism etc. Students are also introduced to philosophy, morality and ethics and are encouraged to reflect upon their own (and different) responses to key religious, spiritual & non-religious questions. Throughout we aim to develop religious and theological literacy through religions and worldviews. At all times students are encouraged to think, question, evaluate and respect others.

Another key feature of the Religious Studies Department is its reputation for international travel. We continue to play a major role within the school in organising successful adventures to countries all over the world including China, Egypt, India, Israel, Morocco, South Africa, Ecuador and the Galapagos Islands, Namibia and more recently Costa Rica (July 2018). These trips are hugely popular.

Namibia, including the Tropic of Capricorn, Namib Desert and Africa Cheetah Reserve (July 2016) 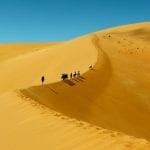 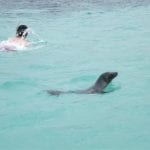 The Religious Studies Department adopts the ‘Hertfordshire Agreed Syllabus (2017-2022) for Religious Education’ as a basis for its KS3 curriculum.

Who am I?; Introduction to the six major religions; The Design and Cosmological arguments for the existence of God and the challenges of science and atheism; the Problem of Evil and Suffering; Jesus – including historical events; teachings and miracles; Islam including key beliefs (Tawhid) and Practices (Hajj).

Key beliefs and practices of Judaism including Abraham and the Covenant; Brit Milah and Bar/Bat Mitzvah; Prejudice and discrimination in the context of anti-Semitism; Key Christian and Hindu beliefs about God; the Trinity and life after death (resurrection and reincarnation); the key historical events and beliefs of Sikhism, including Guru Nanak; the 5 K’s and the Gurdwara and Guru Granth Sahib etc.

What do we mean by morality and ethics? How might these be applied individually and to society? Crime and Punishment, including aims of punishment; corporal and capital punishment; War peace and conflict including holy war and jihad; the key beliefs of Buddhism including the life of the Buddha and the Four Noble Truths etc.

Students are following the new GCSE ‘AQA Religious Studies A Specification’ (8062). The focus of this exam is the two principal religions of Christianity and Islam. Students can expect to explore in detail a variety of themes including Christian and Muslim beliefs about crime and punishment; war, peace and conflict etc. They will also explore the key beliefs & practices associated with Christianity and Islam e.g. the nature of God, worship & festivals etc.

Philosophy is a new A Level at Owen’s and follows the AQA Syllabus 7172. The aim of this course is to establish what is true and this is done through an analytic approach which is arguably the best form of philosophical inquiry. There are four key areas covered throughout the course; In Year 12, students focus on epistemology (the study of knowledge) and moral philosophy (the study of ethics). In Year 13, students study the metaphysics of God and the metaphysics of mind.

Finally, we are a high achieving department with a history of excellent exam results and a reputation for encouraging students to explore and enquire.